First Women of the Supreme Courts in Conversation

9th July 2018
On Thursday 5th July 2018, First 100 Years were delighted to welcome four first female Presidents of Supreme Courts from around the world to take part in a panel discussion at Gray’s Inn, where their careers were celebrated and the challenges that face women in the legal profession were discussed.

Baroness Hale, President of the Supreme Court of the United Kingdom was joined by Susan Kiefel, Chief Justice of Australia, Georgina Wood, former Chief Justice of Ghana and Beverley McLachlin, former Chief Justice of Canada. They were all the first women to be appointed to their roles. The panel was moderated by Professor Penny Andrews, Dean of Law at the University of Cape Town, and Genevieve Muinzer, founder of Ad Astra Communications and Vice-Chair of the Foundation for International Law.

The representatives of the highest ranking judicial institutions from across the globe told a packed audience about the challenges they had faced, some of which were due to their gender. McLachlin remembered being told by a teacher in secondary school that she had a very good reading score but that “a girl can’t do anything with that”. Kiefel recalled a conversation with one judge who told her she should give up her career for her family. Hale also described how she had been left feeling “humiliated” after being rejected from three professorships despite believing she was the most qualified applicant. Although these women faced setbacks, their subsequent careers are a testament to their determination and abilities.

It was not always smooth sailing in office either. Wood was serving as Chief Justice of Ghana when some of her colleagues were accused of taking bribes, which she described as a “very trying moment”. McLachlin was herself accused of impropriety by the Prime Minister of Canada in 2014, which was a very difficult time for her. However, she was eventually vindicated: “what was good about it was that the legal institutions and ordinary Canadian men and women were outraged at the attack.”

The panel also discussed their inspirations, with Simone de Beauvoir identified as a formative influence in shaping the minds of these formidable women. McLachlin highlighted the importance of diversity of thought: “I grew up in a very diverse community… they gave me an appreciation for the place of everybody in the world.” Both McLachlin and Hale credited their parents with shaping their careers, with Hale saying her mother was an inspiration after her father died.


When you think the bottom’s falling out of your world, think again. You may be underestimating yourself, you may be working against a prejudiced opinion that doesn’t matter. My advice to younger women is to keep your head up, plough on and you’ll get there in the end.


She also reassured parents worried about juggling the responsibilities of career and family: “When I had a child, it was extremely stressful. Not because I thought I couldn’t do my job but because I thought I was the worst parent in the world. Years later my son said, get over it Mom, you were great.”

Wood advised women to “do the best that you can given the circumstances. Your work and your integrity will always work for you.”

This is a first in itself to bring these women together. We started telling the stories of women in law in England and Wales and now we are starting to tell the stories of women who have carved out their careers all over the world. It is essential we keep telling the stories so we can make the paths for the next generation of women easier. I want you to remember one date, and that is the 23rd December 2019. We will have a lot of celebrations ahead of that date, but that is the centenary of the moment when the first legislation was brought into this country that allowed women to follow their dreams and become professionals. 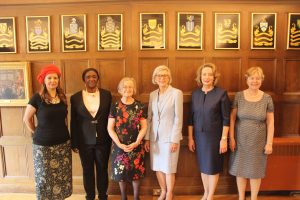 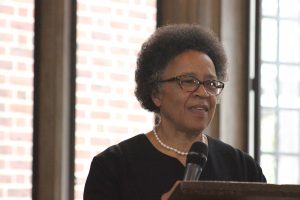 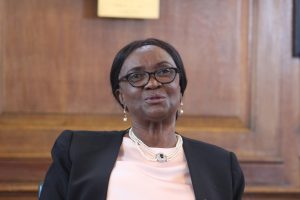 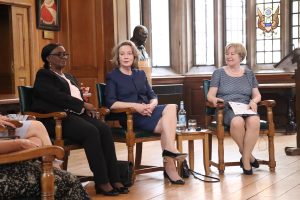 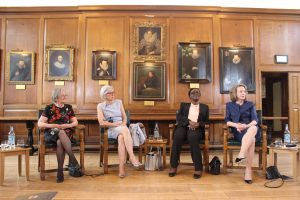 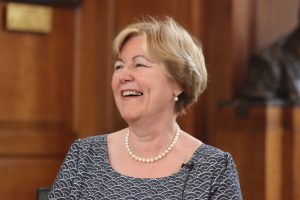 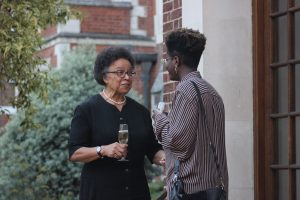 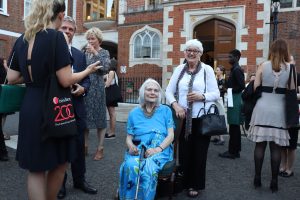 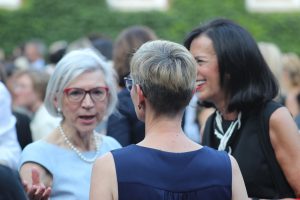 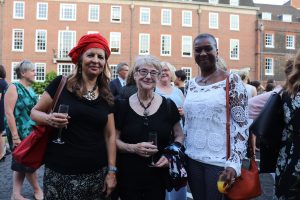 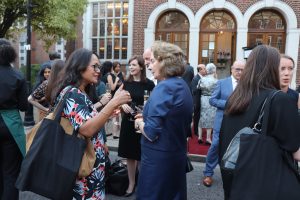